We were headed to the Adirondacks again to attempt some more high peaks. The weather called for rain on BOTH our full days. And guess what? We planned to camp for the first time… in the rain!

On Saturday we woke up at 5:30am in Plattsburgh and originally planned to hike Giant and Rocky Peak Ridge. It was almost certainly going to rain so we decided to do Porter instead since when we hiked Cascade last year we left it out. I had heard the views from Giant and RPR were amazing so we decided to save it for another time. After the one hour plus drive to the trailhead it began to rain but you could still see the tops of the mountains so we figured we should still get some views.

We signed in at the register and got on the trail. When we did Cascade last year it was our first mountain hike and we were so unprepared. Not this time! It was just spitting so it wasn’t too bad and the rain made the trail a lot quieter. 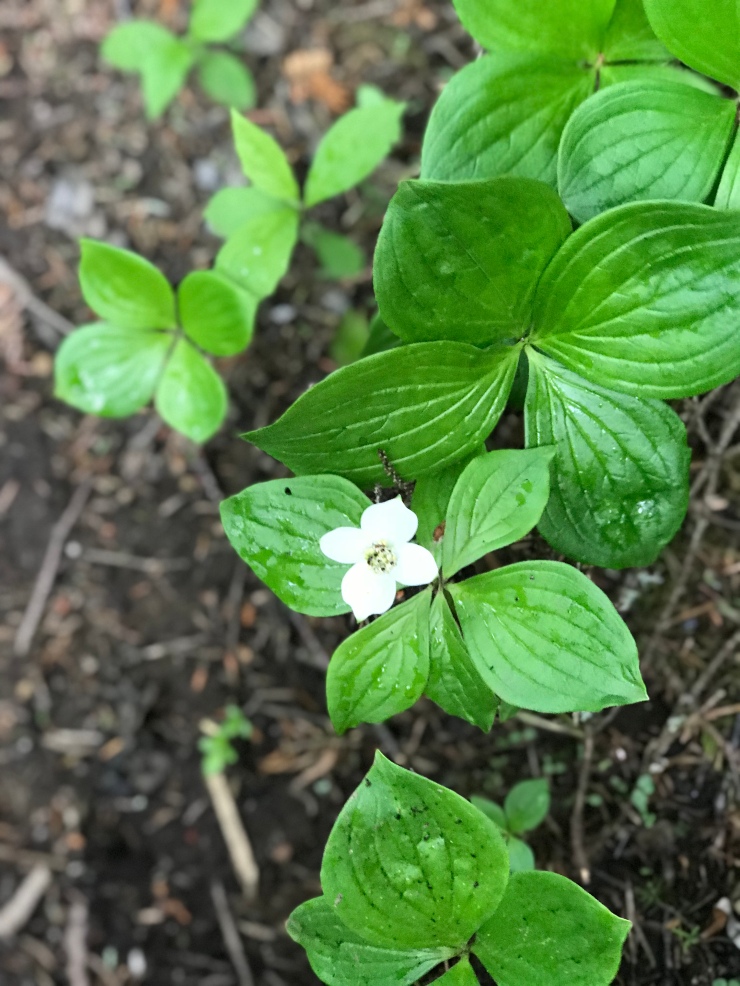 We made pretty good time on this hike and when we reached the junction between Cascade and Porter we decided to head to Porter first since we hadn’t seen the views yet and wanted to catch some views before the clouds completely covered us. We were pleasantly surprised at how easy and quick the trail to Porter was and the view was a lot better than I expected. We sat down and had a quick snack on the summit before heading over to Cascade. The summit was kind of cool because you could see Cascade and the people on it. 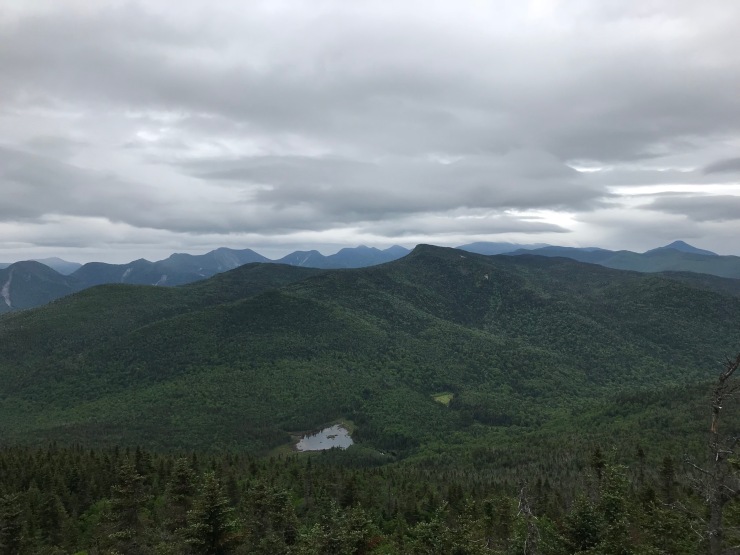 There were also a few nice lookouts near the summit that provided better views than the actual summit.

We made our way back to the junction successfully passing the giant mud pit. We decided to hit Cascade again since the weather wasn’t too bad and the views are amazing. The trek up to the summit was a lot easier than last time and we were on the top in what seemed like minutes. 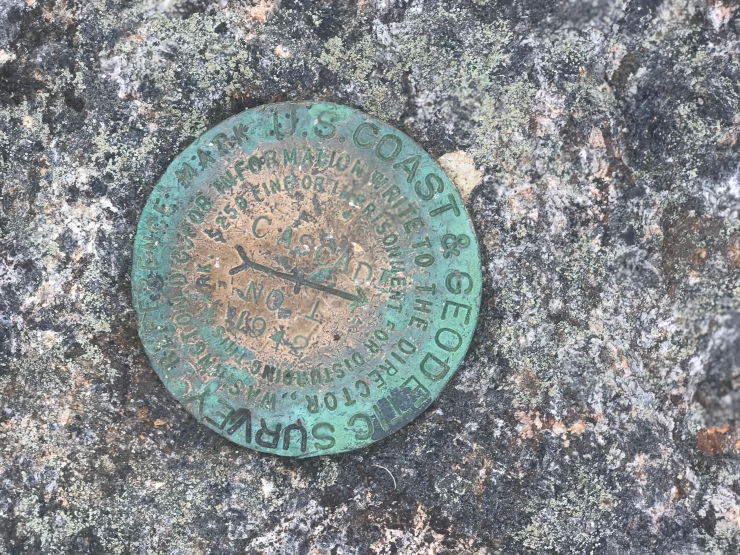 We made it to the top and took our pictures. The wind was crazy! If you put anything down on the summit it would for sure blow away. Unfortunately it was way too cold and windy to take a real break and eat so we just walked around. The nice thing about this time is that there was a summit steward who talked to us about the vegetation at the top and was there to answer any questions.

The views on top were just as good as last time!

We headed off the summit and into the woods where we ate our sandwiches and walked at the same time. On the way down it started to rain a bit harder and I started to get nervous the weather would be terrible for camping. Just when I thought we were getting close to the end I tripped and fell into a big mud puddle. My pants were covered in mud and changing in the port-a potty sounded luxurious at this point. The rain was hitting the trees and soaking us which made it sound like very heavy rain. We were pleasantly surprised when me made it off the trail and it was just spitting.

To the campground! Would we be able to set up the tent? Could we get a fire started?